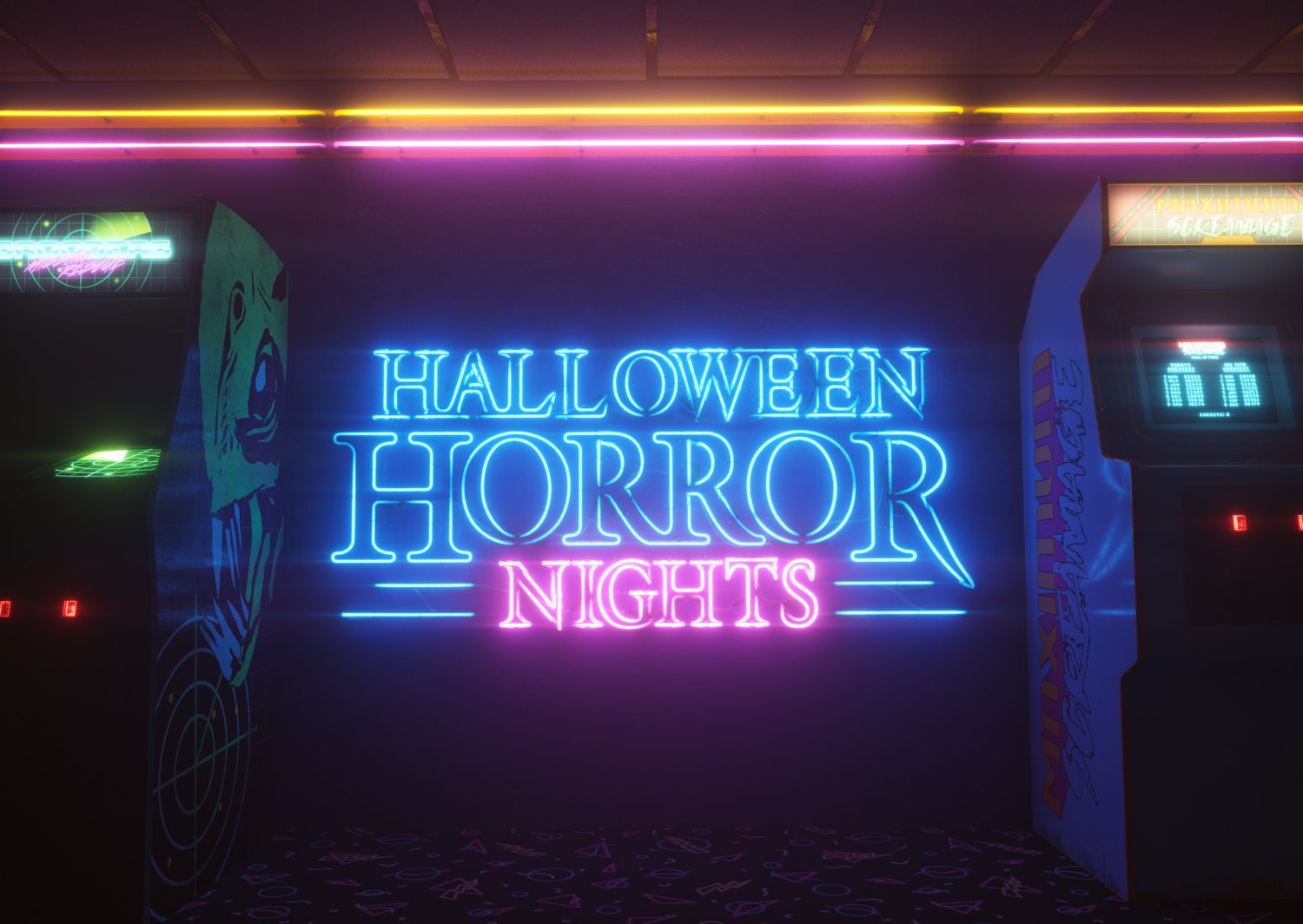 You may have seen Declan O'Mara's amazing, neon-oriented artwork in our social media feeds this fall. As he tagged us in one of his renders, we got curious about his process, so we invited him for a chat:   Also known as Dead Skull, he is a 26-year-old self-taught multimedia artist. Currently working for Katapult, a themed attraction and experience design company specialising in Dark Ride design and 3D photorealistic animation  in the UK.. And it took some travelling for him to get there:

He first discovered C4D while at university in 2011. As he explains it "One day, I saw my friend playing with spheres on his screen. He then showed me around in C4D, and I got a bit into it and downloaded a trial version of the software. I started picking it up here and there, modelling little things in C4D as I went."
The big interest – and subsequent break into 3D proper came by way of music; an industry Declan'd already worked in for years as a filmmaker working for labels such as UKF & Hospital. The 3D "awakening" happened by way of Skrillex: "I went to see the Skrillex 'Cell' tour in 2012 at Brixton Academy. 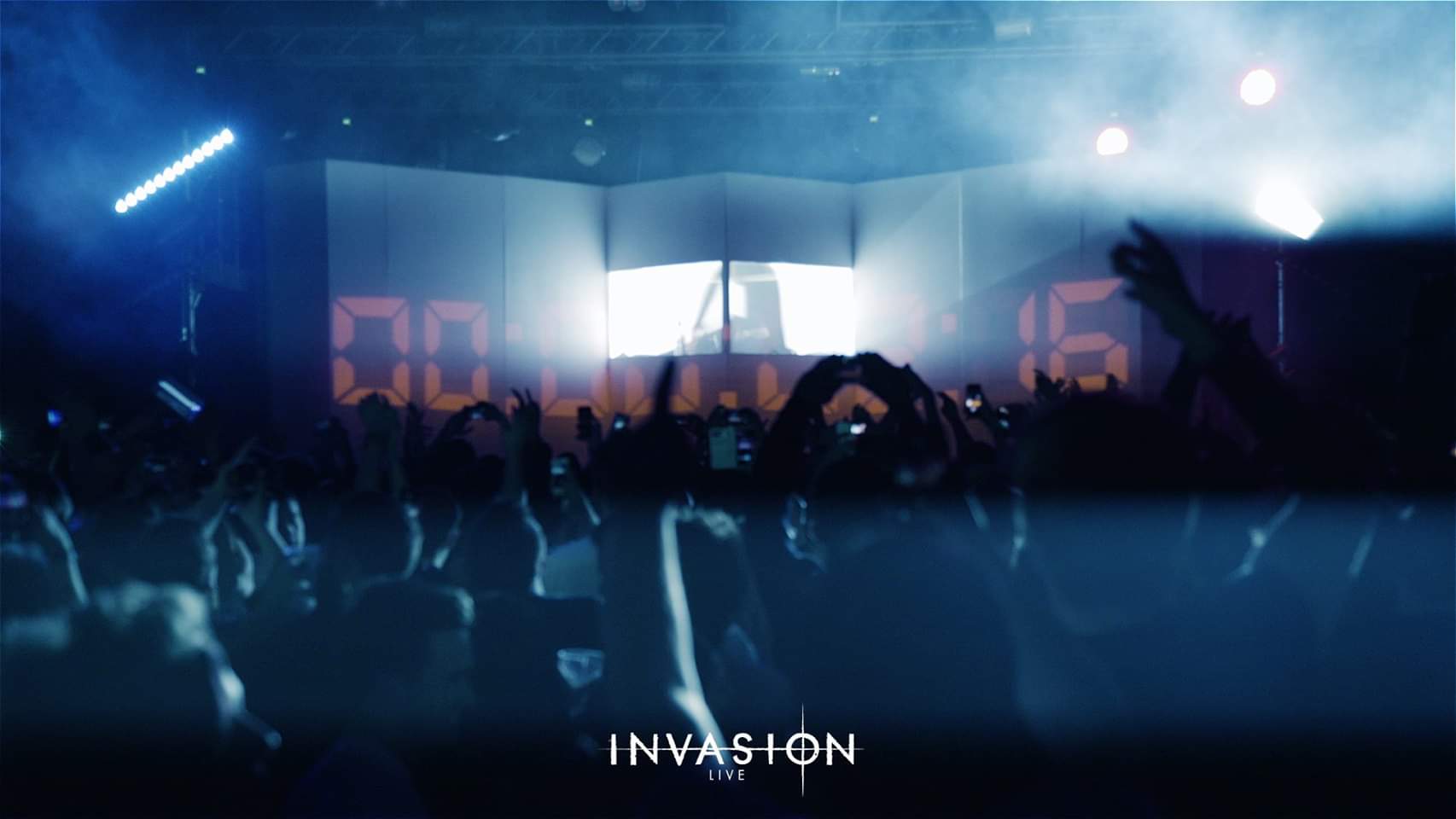 At the venue, I saw this huge white towering structure on stage. When it booted up, I was blown away by the synchronized animations morphing the surfaces of the stage; I couldn't take my eyes off it. At the time, I didn't know this was done via 3D projection mapping. I'd never seen anything like it. To me, it looked insane. I walked away, knowing that this was something I wanted to create."
And he ended up doing just that, learning Cinema 4D along the way, including the creation of his own immersive 3D projection-mapped live show called "Invasion: Live". The show took him on tour across Europe, Canada and Russia.

Needing a break from his always-on-the-road lifestyle in the music industry, Declan decided to change tracks: As a lifelong Rollercoaster Tycoon player and theme park fan, he wanted to see If he could get a job as a theme park designer. And not knowing where to start, he did what other artists do as well: He started cold emailing to see if his combined musical and visual skills could get him the work he wanted. The persistence paid off: Katapult hired him, and he has been working with theme park attractions to immersive user experiences ever since. 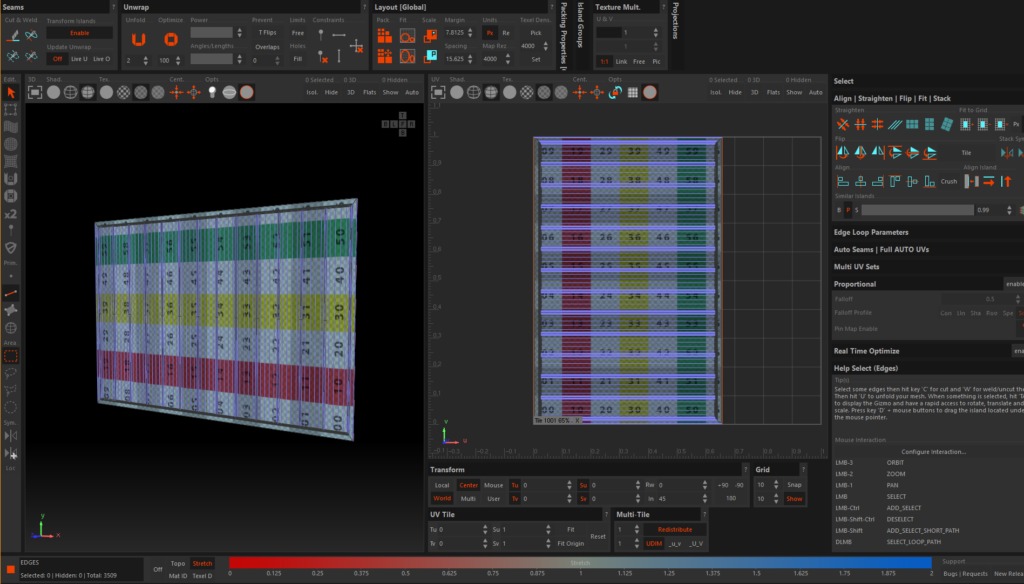 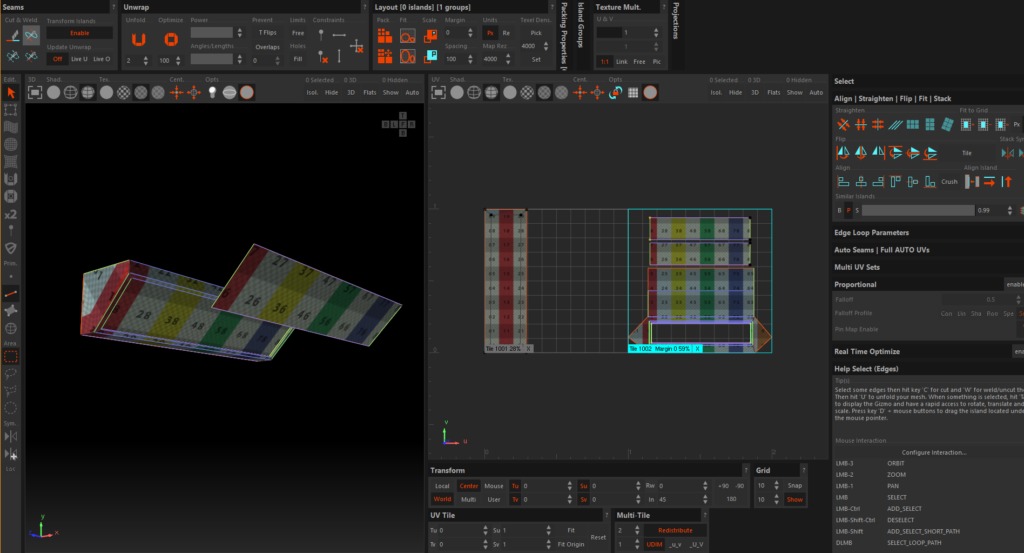 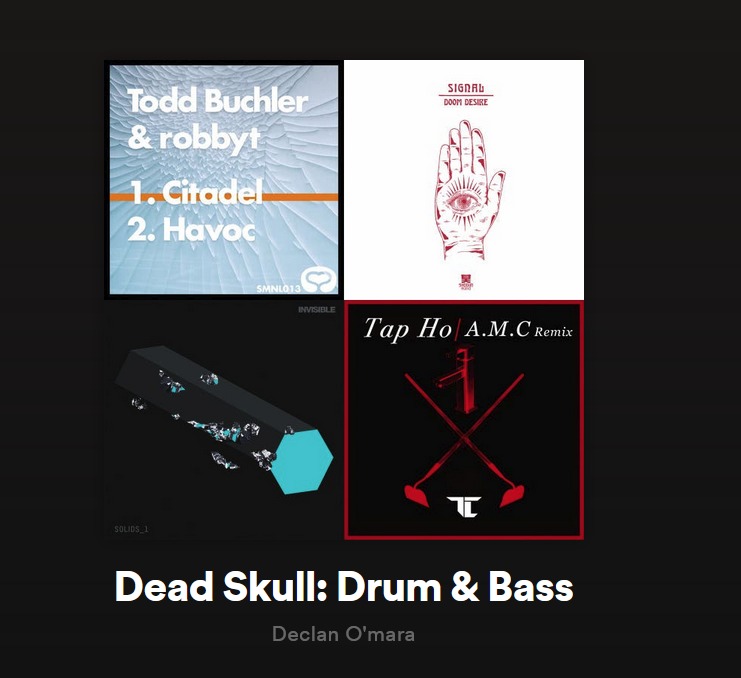 When asked about his workflow, Declan stated he uses a fairly common toolkit like Octane for rendering, as he likes its non-fussy setup. The Adobe suite, Cinema4D, RizomUV, Substance, and so on. He stresses that for him it's not necessarily about the software, but the craftsmanship you put into your style as an artist. "I like to create everything from scratch when I can. That way, I can constantly learn and evolve, as well as make sure I learn new skills on each project I work on. As 3D enables you to create vast, immersive worlds, it enhances the story. It should never direct it, as the experience is what it's all about".

So how does he get down to work? What makes him get in the zone?

"Order and music are the most important ones for me. When starting a project, my studio has to be clean and tidy — kind of like a new layer in a project timeline. I also need music to set a tone and atmosphere. It can range from heavy drum’n bass to 1980's horror scores, from artists like Moody Good, John Carpenter & Noisia to name a few.

"Egos and Divas, that whole sense of entitled self-confidence, nitpickers who need to crit and invalidate insignificant details, all that ego-drama stuff. I prefer to focus on and follow artists who know how to knock it out of the park, the ones who make you wonder "how the hell did they do that??"

The story behind the stills and the video from Halloween

The project, named Anarcade from Anarchy and Arcade is a concept which originated from attending something called Halloween Horror Nights, Americas premier Halloween event running between September and November. The event's creators take movie/television IP's and their original creations, turning the mix into immersive haunted attractions. From a design point of view, the experiences are incredible, as everything is referenced directly from the source, and anything from props to sets and actors is meticulously well thought out.    As I've always wanted to work with the team at Halloween Horror Nights, I combined my love for neon and this event. One way to show my passion was to add many little Easter Eggs. One of my favourites comes in the form of an arcade game – the one on the left in the top image: "Mouthbrooders 2: Mission Escape". It features the narrative of the "Depths Of Fear" haunted house. Guests act as a rescue team, on a mission to save the crew of FATHOMCORP, a deep-sea mining facility from the creatures known as Mouthbrooders. A mouthbrooder is a real thing, by the way, it's a creature which uses its mouth as an incubator. As the story of the haunted house takes place within at the bed of the ocean, it was fun to create an arcade cabinet that features artwork of radar pings and an illustration of the creature itself 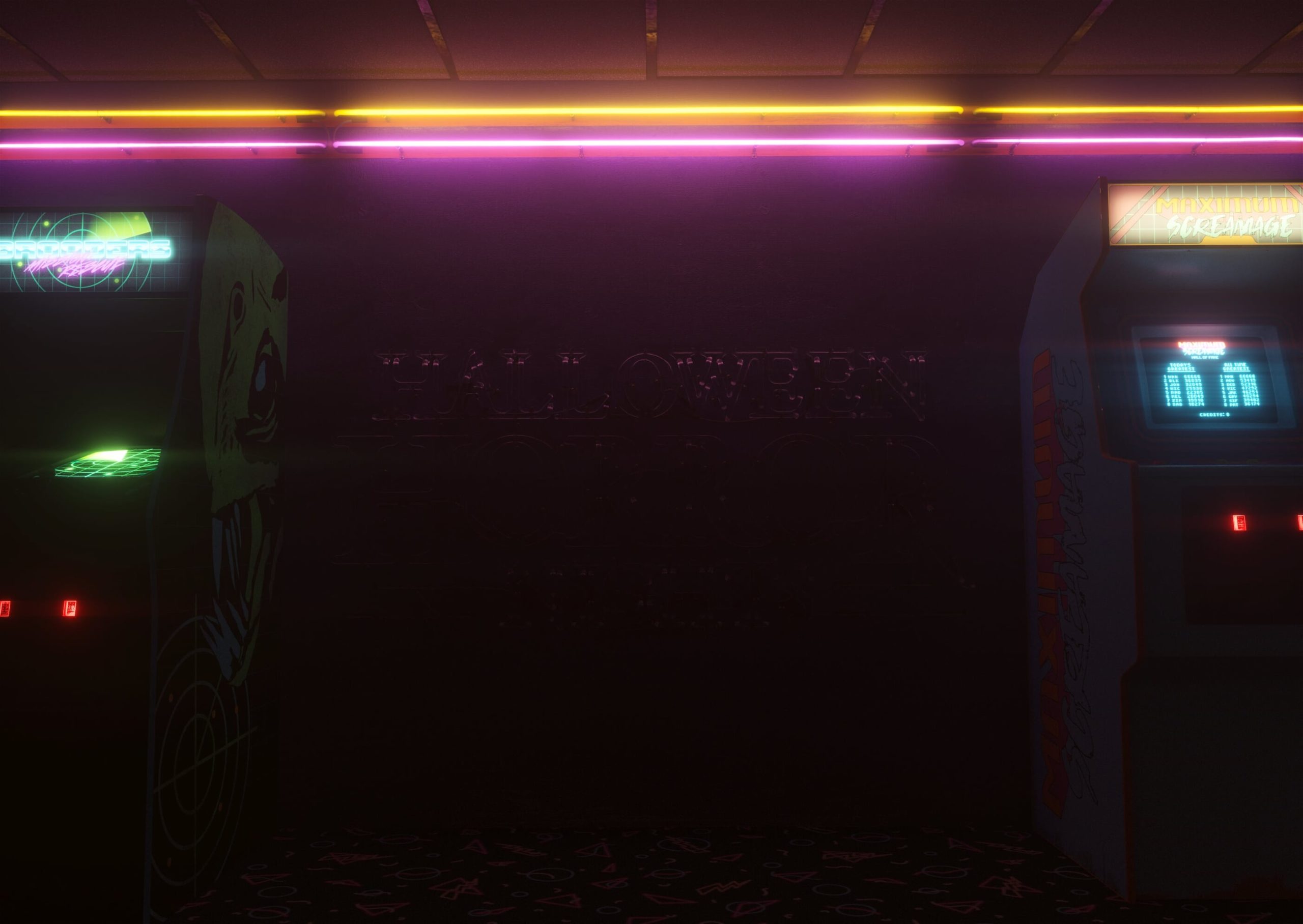 Thus far, my workflow has been pretty straightforward. Like most artists, I tend to block out and finalize concepts in my head, so when I start working, I know what I want, but I also let the work take me to the final image. So it's no surprise to anyone when I say my concept evolves as I sit down to work on it.

For me, the hardest part of the Anarcade project, apart from creating the vectors for the fictional arcade games, was not the modelling, but working to make the neon look realistic, and to match the real world. Neon is notoriously hard to work with, so no matter how many years I've been working on it, I still find new ways to adapt it for my projects.

If you look at the video, you will see the neon moves. Subtly, but it's there. And as refraction changes with angle, the neon will too. There is also the issue of density, as some neon gasses are finer than others; White is incredibly rough, whereas orange neon moves more. Add glass shaders and millimetre settings to that, and you're in for a long haul of tweaking and checking, rinsing and repeating to get a realistic result. It also doesn't help the speed of workflow knowing I am a perfectionist – everything I make has to work in the real world, with actual measurements, as Its important to me people can't tell the difference between what's real and what's CG. 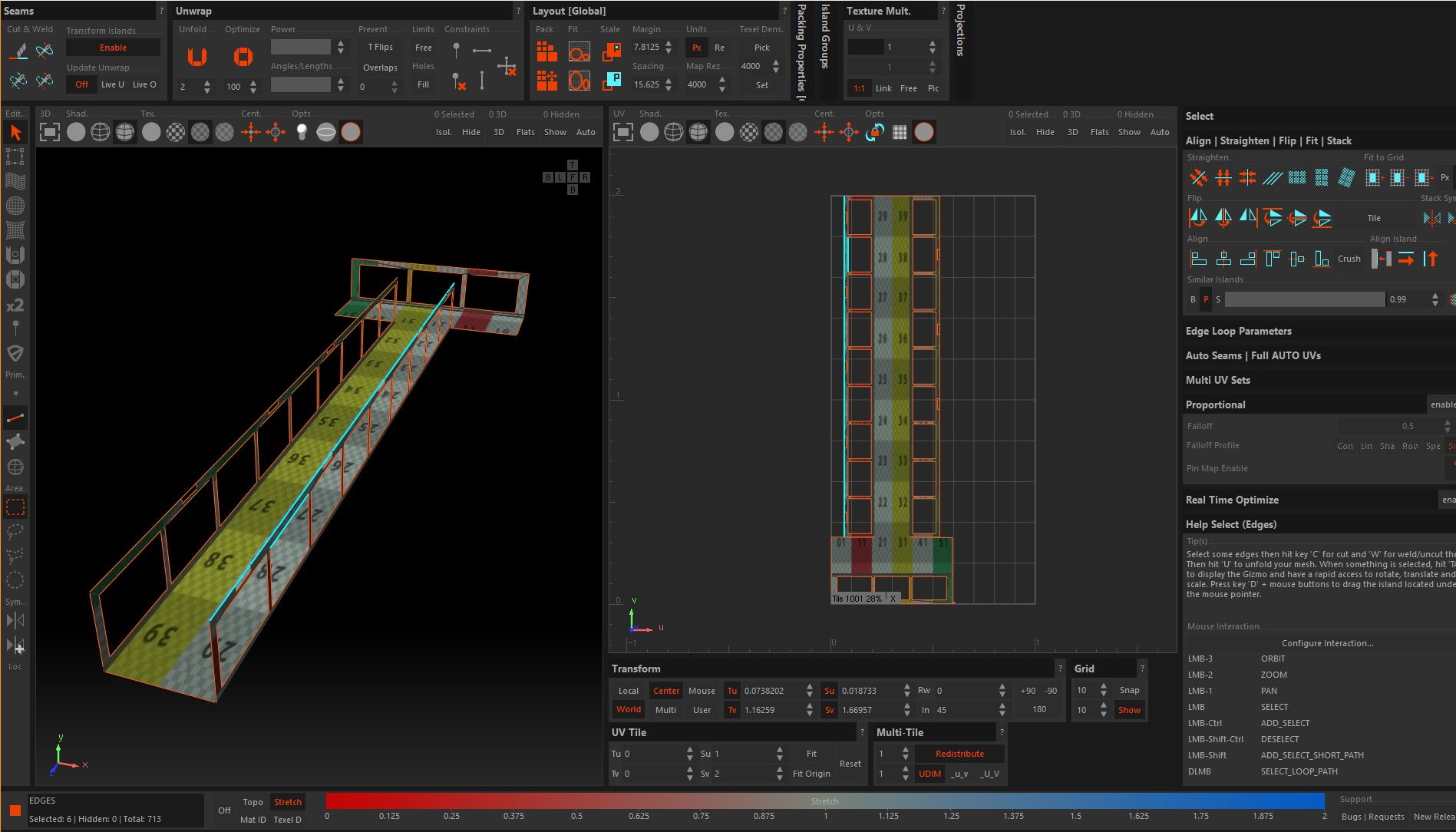 Did the finickiness of the shaders and lighting affect your models – and thereby its UVs?

Fortunately, no. A lot of the models are NURBS-cylinders, so the geometry was easy to work with: I used a lot of standard cylinder cuts and unwraps, as well as generating extra cuts for the black areas. I used the latter as reference points for the unwraps, as they allow me to pinpoint to a T where I wanted the masks for the neon and tube-holders to be.   The remaining geometry is all hard edge, so it was easy to unwrap as well. I work hard to keep my topology clean, so that made it easy as well.  For me, this project is a labour of love. I am working to improve my current skills with a fanart piece and movie, and people seem to like it, as I have gotten a lot of RTs and questions about both the still and the film-snippet I posted. And I am so looking forward to continuing work with it, as the final result will be DeadSkull's experiences from this kind of event, but twisted and as seen through a CG eye