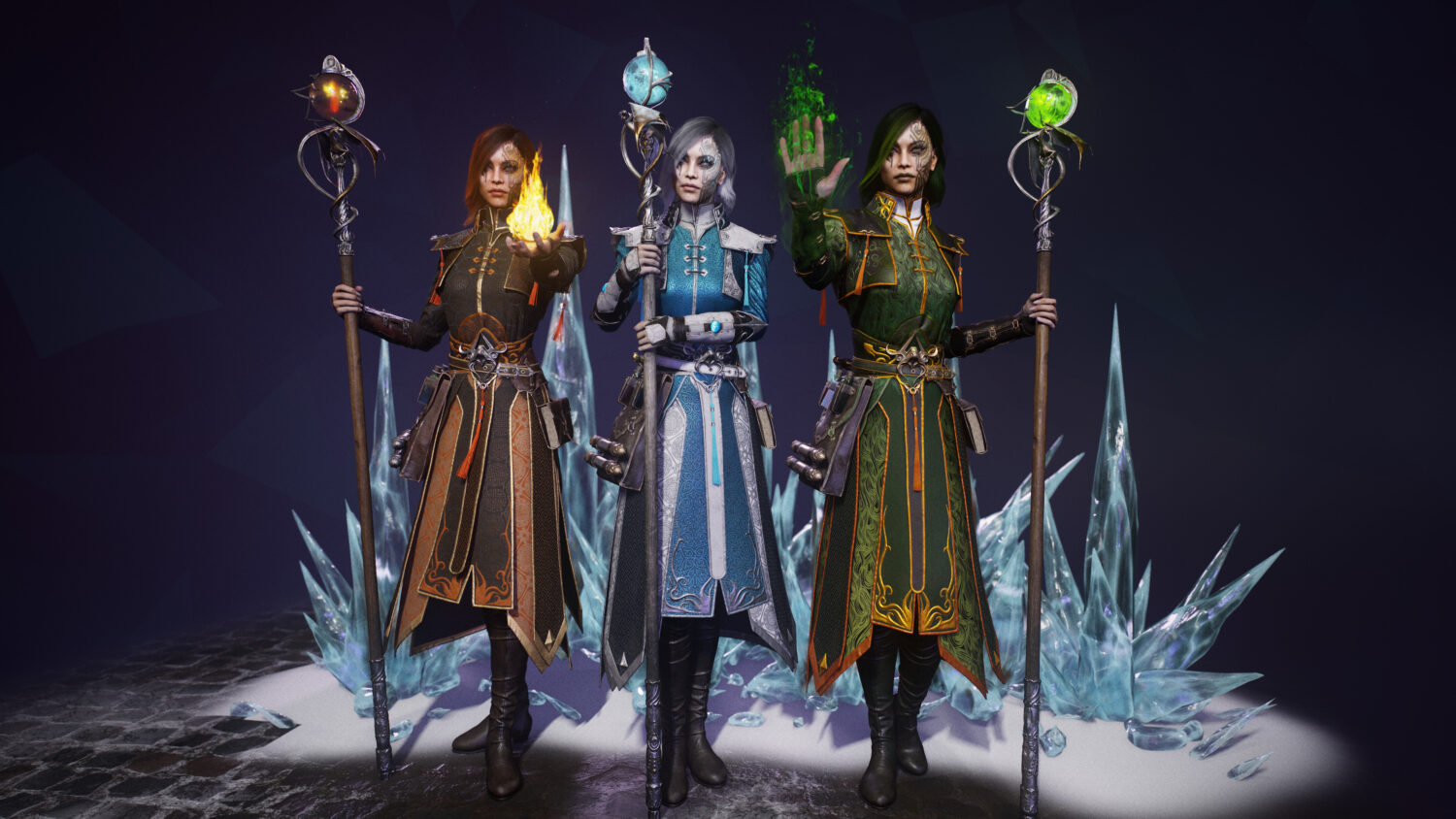 -and categorically state they are not even remotely sorry.

Breaking an almost year-long silence, the RizomUV team are finally sharing why they have been very, very quiet this year: It all started by taking a look at what their users needed as part of the 2021 roadmap planning. The result was a huge amount of time and effort being put into redoing RizomUV’s packaging algorithms. The focus was on UDIMs, now the game industry is starting to use them more and more. The overhaul also showed that other changes needed to be made. Like killing off one of our most popular features. And so, poor, popular AutoFit, was no more.

The team were not sorry to see it go: AutoFit has been replaced by a customizable fitting and scaling toolset, together with nested groups, selection by distortion or texel density, and a slew of other features and improvements making manual and automatic unwraps even more of a snap

The new scaling options replacing Autofit allow you to customize your packing scale and texel density rather than running one-size-fits-all packs. This comes in particularly handy for trim sheets and LOD-type packing, as well as UDIM workflows. It's easy to use, as well: Define your scaling mode and factor and run the pack. In most cases, this is all you need to do.

We have also created options for troubleshooting your pack. If your islands are too small or too big, you can adjust their scale by having Rizom calculate the adjustment of their size based on your texel density settings, taking a lot of the pain out of texel density-based adjustments. We also implemented a function for allowing independent scaling, so you can scale down large islands to scale down with a bigger factor than smaller ones. This is particularly handy for game artists.

With the vast improvements in our packing setups, we also added quality of unwrapping and packing-life to our Grouping functionality: Frequently asked for by our users, we have now implemented labelled, renamable and nested groups. To complement this, we worked with the frames surrounding and marking the groups: Frames can now scale group content. Mixed with the improved Locking logic, where you can decide to lock the frame, the islands, or both, you can now customize entire layouts based on how you set up your group frames, single tile or UDIMs

Select by Texel Density or Distortion

To enhance the new features above, we also turned our colour bar at the bottom of the screen into histograms for the texel density and distortion bars. This means you can now speed up your workflow even more by selecting islands or polygons directly by distortion or texel density. All you have to do is define a range or click a single value. The texel density bar also allows you to customize your workflow: It gets its values by the texel density you define in the layout panel, and you can choose whether you want automatic, manual, or neutral selection settings

Another new quality of UV mapping life feature is Seam Markers: Seam Markers are a line connecting selected edges to their (cut) counterparts for easier navigation and orientation. You can give these a custom colour in Preferences if needed. This also goes for the new featurette that's part of this: Natural island boundary colours can now also be colourized, making it easier to see cuts in your geometry on import.

One of the most asked for items in our Discord has been user documentation. We are happy to announce we are finally rolling out the user manual. While still in bare-boned beta, we aim to turn this into some of the best documentation on the market.

The work we started last year on making the UI even more accessible is almost done, and we have added the following updates and improvements:

In addition, we have the usual slew of fixes, such as PolyLoop Selection now working again, no more white (Mac and Windows) or blue (Mac) viewports, edge loops behaving as they should, or islands now moving into tiles when they should.

For those looking for bridges, the RizomUV user community is heavily invested in scripting, as shown by the frequent updates and support the creators provide for their Maya, Houdini, Modo, C4D, Max, and Zbrush bridges or LiveLinks. (The Modo LiveLink being on sale at 30% off until  Nov 28th)

For further details and how-to's on the new features, we invite you to read the "What's new in Rizom"-page

RizomUV is currently on sale at 25% off until December 01st.
There are still no current plans to increase RizomUV's pricing, which has remained static since 2017. We are happy with our current model, and it allows us to sponsor students and educational facilities with substantial discounts:
Student licenses still have a permanent 70% discount. Indie pricing starts at a monthly 14.95 Euro, as does the perpetual rent-to-own. Annual licenses are 149 Euros. Node-locked and Floating Pro licenses begin at 34.90 Euro. People needing an SDK license will need to contact Rizom-Lab directly. Each non-SDK license allows RizomUV to be installed on two machines.

Rapidly becoming an indie darling and now a staple in the games and VFX industry, Rizom-Lab was started in 2016. The name Rizom comes from the word rhizome. A rhizome is an always growing, underground root system. And Rizom-Lab has no intention to stop growing, as they are still on their quest to create the perfect UV mapping toolset for any pipeline.

The team is always looking to improve its already impressive capacity for flattening and packing UVs in seconds, not hours. And they're always on the lookout to make sure the glue binding modelling and quality texturing is a pleasure, not a pain.